Ben studied physics and philosophy at Oxford, completing a master’s project in theory of evolution with Prof. Ard Louis before joining the Oxford Interdisciplinary Biosciences DTP. After a rotation project on phylodynamics in the statistics department with Prof. Jotun Hein, Ben is now working on a DPhil project in MERG on the effects of cross-immunity on pandemic risk.

Ben’s DPhil project concerns the effects of travel and cross-immunity off pandemic risk. Increased travel rates could plausibly increase the risk of pandemics by allowing pathogens to travel between distant communities and cause infections in each of them. However, cross-immunity, the phenomenon whereby infection with one strain of a disease provides some level of immunity against other strains, could mean that this enhanced pathogen spread also leads to widespread immunity to further strains.This may lead to a mechanism whereby high travel rates reduce the risk of pandemics of high virulence strains of existing pathogens due to prior infections by low-virulence strains. Ben uses mathematical models of global populations of humans and other organisms to assess the conditions under which this mechanism could operate. 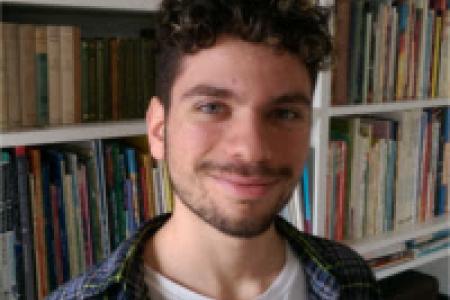